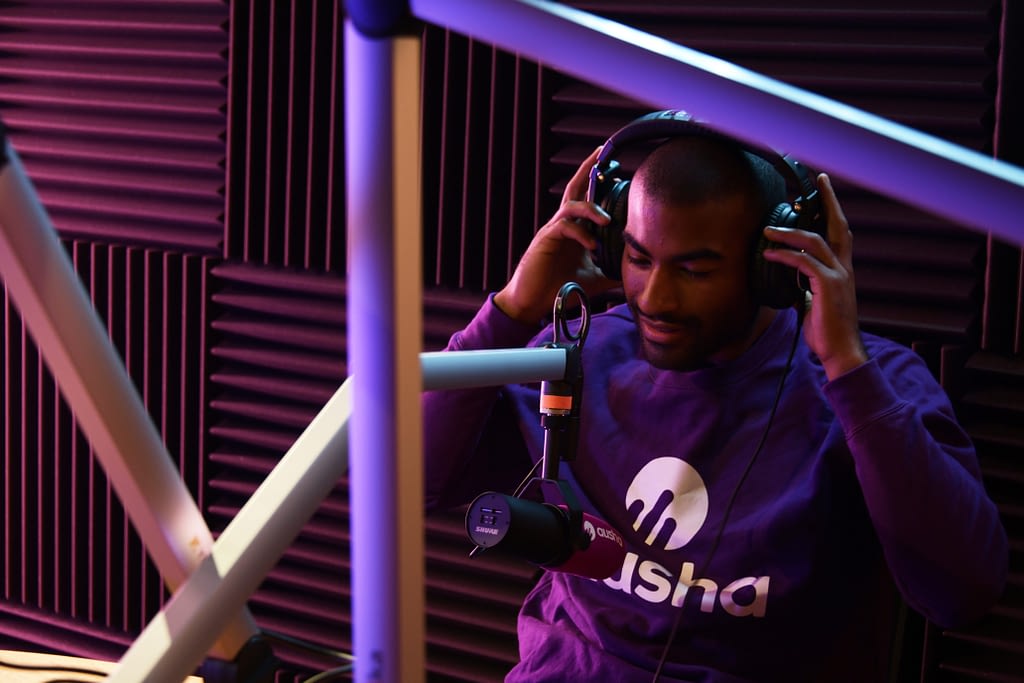 Today I'd like to introduce you to Adrien, acquisition manager at Ausha and the latest new recruit to the marketing team!

Adrien is one of the three experts in the Ausha marketing team. His talent? Finding podcasters who need Ausha and helping them get their podcasts off the ground. And if you’re reading this article, he must be doing his work well! 😉

Find out about Adrien’s background and his missions at Ausha in this article, and (re)read the profiles of Franck, chief product officer and Éloïse, our community builder on the Ausha blog. You can also hear about the arrival of the latest members of the team in the Ausha Onboarding podcast.

Hi Adrien! Could you tell us a little more about your background!

Yes. I followed the classic path of going to business school in La Rochelle and later Bordeaux, and I did quite a few fixed-term internships during my student years, initially in SEO then later in SEA, and that straight away fired my passion. 📈

I then worked in Manchester in the UK, at a paid acquisition agency, but after a bout of depression caused by the climate ☔, I wanted to return to France and was hired as a traffic manager by an e-commerce firm working in the tech sector in Paris. I then spent two years in the events industry as a lead generation manager, and that led me to here! 💜

What does your role at Ausha involve exactly?

I mainly deal with new prospect and customer acquisition for Ausha’s BtoC and BtoB operations. My primary mission is to maximize qualified traffic to the site via various acquisition channels (SEO, paid, SMA, content marketing, etc.). 🤓

My second main mission is to ensure that the traffic converts on the site, which means analyzing visitor journeys and optimizing conversion on the site to the maximum. 💻

What impressed you most about Ausha when you first arrived?

I joined during a lockdown period, yet without even having seen the team and the rest of my colleagues much, I straight away felt at ease and fairly at home with people. There’s a genuine spirit of togetherness and camaraderie at the company, and I really appreciated that when I arrived, as it can be difficult doing an onboarding via video. 🥰

In fact, if you want to get an idea of how that works, you can listen to my colleagues’ onboarding podcast. It really reflects the experience I had when I arrived at Ausha well!

What are your main passions in life?

My big passion is football,, which I’ve been playing since I was a very small child. ⚽. In fact my very first word was “ball”, and I used to enjoy kicking around anything that happened to be round (RIP the fruit in the house). 🍊🍈 🍅 🍑

I also really enjoy cooking, though kitchens in Parisian apartments are not really all that suited to this hobby… 😂

Is it true that you’re also a big fan of Jul [a French rapper]?

No, it’s a myth. I commented one day that a track by JUL was a “guilty pleasure” of mine, and since then I’ve been labeled as a JUL fan, which I’m not at all! My favorite artist is actually Michael Jackson! ❤️

If you could go to dinner with three famous people either living or dead, who would they be?

In life, to be able to buy pasta and other useful stuff, I'm Brand Content Manager at Ausha. 💜 I create a lot of content to help (future) podcasters to boost their listening. Other than that, what I love in life besides podcasts and pasta 🥰 : writing stories, reading self-help books, singing Beyonce in the shower, Science Fiction and Harry Potter. 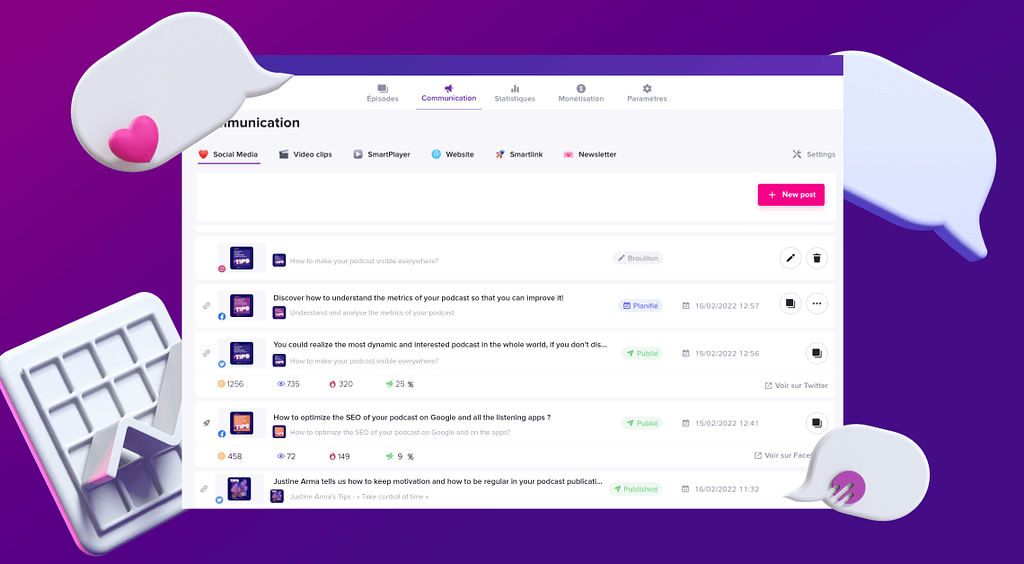 New: Choose the format of your video clip from Ausha
News & Updates